The past is the future!

The past is the future, what an opening sentence or in this case a title.
I am here at the Blue bird and I find myself drifting back in time to a place where Mozart was born and a coffee bar made of stone hundreds of years old.

The smoke wafts up and the smell of the different coffees are over powering in that corner building. We five students took refuge here to get out of the rain. The rain the one constant it seems from this last weekend in May, from one Coffee shop by a beach landlocked to the birthplace of Amadeus. We sit and chat and watch the crowds as we five friends are the strangers here and all eyes follow are every word. Two singers sing softy in a corner by the bathroom door. One is on an Africa drum and the other on a Banjiter, wondering that their folk style seems interesting in the birthplace of Amadeus Mozart but somehow complimentary.

A trip to Europe in leather coats and long black hair sitting huddled together trying to fight off the rain and the cold. We landed in Amsterdam than a train to Munich followed by a bus ride here to Salzburg. As my mind, floats back and forth between the present diner with its smells of French fries and the rich memories of the past draped in history. Their faces still clear but their names are gone now except for one. I met them in Victoria when I lived there for under a year so long ago. Three of them had to wear uniforms as they attended Andrew's College or something like that. One of their names is very clear though as I meet her in Calgary not so long ago. In an airport lobby, she was catching a flight to Texas and I was waiting to connect with West Jet to Toronto. She walked up to me and asked if I had ever been to Fort Nelson B.C.

She looked at the four of us and asked if the children were mine saying perhaps they were too beautiful to be. She then introduced us to her Pro hockey player husband. Then asked if I was married? I said not anymore which brought an awkward silence only broken by the announcement that flight 698 was departing and that William Wright and family make their way to gate 7. That is another story for another time.

Interesting thoughts over coffee as a detective calls from the major crimes unit that brings me back to the present tense and asks if I seen her today. I have not seen or heard from her in weeks. Tom says he will call back if he hears differently. Two minutes later the phones rings again from the same unlisted number saying they have got her and to have a great summer. Funny how the past connects to the future and future connects to the past from a stone coffee bar in Austria to a Blue bird at a beach in Saskatchewan. There is a question there some were I am sure and perhaps one or two answers.
Posted by williampwright at Monday, May 31, 2010 6 comments: Links to this post

The coffee is hot and seems even hotter on this rainy, cloudy Saturday. The water sliding down the windows give the landscape outside a surreal futuristic look and the one or two people that are brave enough to come through this water fall appear as they have survived two weeks in the Amazon. The staff stands around waiting for customers in a battle against boredom; their blue t shirts, with a smiling bird ion an apron on the front all clean and new contrasting with the eighty year old décor in a poetic way. The steam from the coffee floats up with it rich aroma as the sound of the rain beats the ground. What has placed me here thirty miles North West of that drowned island overlooking a street were buckers play and people hardly ever stop to breathe. The coffee has been filled four times now and the staff keeps asking if I wish for more. I waiting again for time and striking up conversation with the restaurant staff. One asks were three are today. I look up with my mouth open and no words will come out. Memories of a time when we all three sat with me here at that table over there. For some reason we don’t sit there any more even when we come together anymore. I wonder why?
Posted by williampwright at Saturday, May 29, 2010 No comments: Links to this post

If coffee was a Metaphor for Fridays!

What kind of coffee would be a good fit for Fridays? I have an opinion but look forward to hearing suggestions!
Posted by williampwright at Friday, May 28, 2010 2 comments: Links to this post

Interesting starting point, "Thoughts On Life" and why E Bat you may ask. From nothing to a couple of words just to test the waters and punction in between to let the thoughts flow. Deep thought in a coffee shop watching people come and go. Each person that walks through the door has a different story yet somehow predictable. You can read in their expressions the worry in their eyes and the way they move. The phsyology of body language that humans read more from then the writen word. Each person at a different stage of their lives some worry about lived ones or the future others with their faces painted on. The coffee is bitter and strong waiting like you to see who walks through the door.
The coffee shop could be any where in the world from Ibiza Spain to Victoria B.C. Canada or even Milan Italy, yet it is not. It is in a land locked in Regina on the corner of Victoria Ave and Rose Street at a place called Altantas. Ironic name to justify sitting at a table on street corner making up stories about people in my head. Across the street I see a busker chatting with a Montreal fan. Both look familier. The Montreal fan has a Tattoo of a killer whale on his leg done in the Haida style found near Vancouver and Vancouver Island which some how is so Canadian in that it does not make sense. Wearing the symbol of the west coast on ones skin and team product from the east on onces clothing. The Buster looks like a guidance councilar I work with at my day job. Buster and Montreal walk towards me as their cups wait cooling in the afternoon heat. The metaphor of the coffee waiting to see who walks through the door as I do to start life a new. I think to myself maybe tea next time. 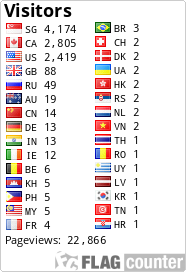